You are here: Home / News / With ethics complaint pending, Boulton not assigned to any senate panels 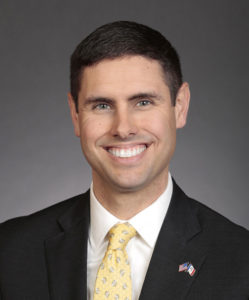 A Democratic state senator facing sexual misconduct allegations hasn’t been assigned to any committees for the upcoming legislative session.

Last month, a woman filed an ethics complaint alleging State Senator Nate Boulton of Des Moines had harassed her, before he was elected to the senate. Senate Democratic Leader Janet Petersen says she will wait to make committee assignments for Boulton until the Senate Ethics Committee completes its investigation. Boulton has until Monday to respond to the complaint.

Boulton dropped out of the Democratic primary for governor this spring, shortly after The Des Moines Register published allegations from three women who accused Boulton of harassment.

Petersen — the top Democrat in the state senate — called on Boulton to resign from office months ago, but Boulton has said he intends to serve out his term, which runs through 2020.