You are here: Home / Crime / Courts / Muscatine man accused of stabbing grandma to death on her 66th birthday 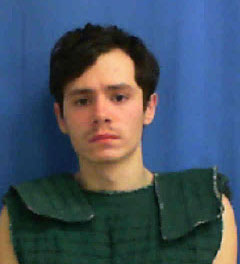 A southeast Iowa man is accused of killing his grandmother on her birthday.

Muscatine Police were sent to a home at 3:30 this morning on the report of a woman who was found stabbed to death. About 15 minutes later, a convenience store clerk called 911 to report a man was in the store carrying a bloody knife. Police arrested 19-year-old Darian Lensgraf a short time later and he allegedly admitted he took the knife to his grandmother’s house with the intent to kill her.

Diana Lensgraf was 66. She was born on this day in 1952. Her grandson is being held in the Muscatine County Jail on a $5 million cash-only bond.