You are here: Home / Agriculture / Dispute develops in Trump Administration on trade war compensation for farmers 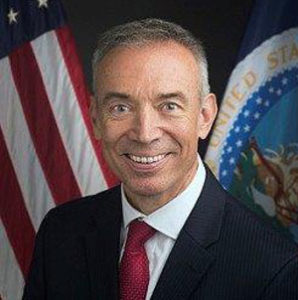 A top U.S.D.A. official suggests President Trump will have to referee a dispute within his administration about federal payments to partially cover farm losses due to the trade war.

U.S. Deputy Secretary of Agriculture Stephen Censky was in Iowa met with commodity group representatives Thursday afternoon where a second round of direct payments to farmers was discussed.

“We have been having a little bit of a disagreement with a few others, our budget office within the government — our Office of Management and the Budget,” he told reporters after the meeting. “Of course, their job is to control spending and to say, ‘No.’ We’re saying that the need is there. The circumstances haven’t changed and so Secretary Perdue plans on visiting and taking the issue to the president.”

This summer, the Trump Administration announced $12 billion in federal aid would compensate farmers who Censky said have been “at the tip of the spear” when it comes to retaliatory tariffs. This fall, $4.7 billion worth of checks were sent to eligible farmers who had completed their harvest. Censky said trade disputes are still causing financial harm on the farm and it’s time to release another $6 billion in payments.

“We know that farmers are going to be starting to visit with their bankers to talk about financing for next year coming up either now or right after the first of the year,” Censky said, “and so the time is now to make that announcement and get those payments made.”

China purchaed a million tons of U.S. soybeans this week, but Censky make it clear the USDA does not consider that the end of trade woes for farmers.

“That’s a drop in the bucket compared to the 30 to 35 tons that we regularly export to them and so even if we see some very much robust purchases well beyond the million tons, farmers have still been impacted,” Censky said.

Censky grew up on a corn and soybean farm in Minnesota and served two decades as CEO of the American Soybean Association. He delivered the keynote address yesterday morning at the Iowa Soybean Association’s annual policy conference.