You are here: Home / Sports / B1G women’s hoops player of the week honors for Hawkeyes Gustafson 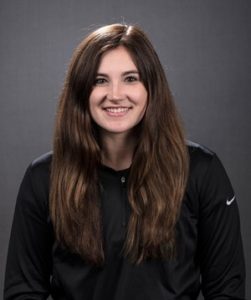 University of Iowa senior Megan Gustafson has been named the Big Ten Player of the Week, the conference office announced Monday. It is her fifth honor of the season and the 15th of her career.

Gustafson netted a game-high 28 points and pulled down 12 rebounds to lead the Hawkeyes to an 83-57 victory over Northern Iowa on Dec. 16. She shot 79 percent from the field and 86 percent (6-for-7) from the free throw line. Gustafson also added an assist and a block in the victory.