You are here: Home / News / Iowa White Christmas may only be in your dreams this year 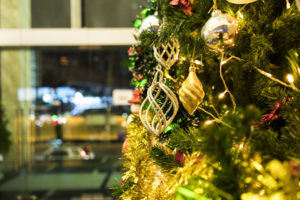 While many Iowa kids are clamoring for a White Christmas, the adults who have to shovel and drive in the wintery slop may not be as enthusiastic.

December 25th is now one week away and meteorologist Brad Small, at the National Weather Service in metro Des Moines, says the odds do not appear favorable for a picturebook snowy holiday in Iowa.

“There’s really not much hope in the next six to seven days leading up into the holiday itself,” Small says. “We’re going to stay at or above normal for temperatures and there are some precipitation chances around Wednesday but that should mainly fall in the form of rain and any kind of wintery precipitation that would accompany that would be light and not amount to a whole lot of anything.”

Some may consider it a Christmas miracle, but Small says there is an outside chance of a wintery system moving across Iowa around the middle of next week. “Right around Christmas Eve into Christmas, as a matter of fact,” Small says. “The details are somewhat sketchy at this point. Whether that would fall on Christmas Eve or Christmas or possibly even not at all depending on the system track, but there is some window for hope.”

Des Moines saw a high temperature on Sunday of 50 degrees, well above the normal high of 33, and many other Iowa cities may see highs today in the upper 40s and even low 50s. “We’ve had some periods of clouds and some light precipitation recently but for the most part, it’s been quite dry,” Small says. “That pattern has been set in place for us to have normal to above normal temperatures and not much moisture returned from the Gulf.”

Winter will arrive this Friday.