You are here: Home / Crime / Courts / ISU professor says there are implications for early prison releases 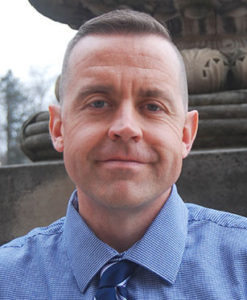 A sociology professor at Iowa State University is raising concerns about a criminal justice reform bill approved in the U.S. Senate Tuesday.

Matt DeLisi says while it’s “probably a good thing” to try and reduce the prison population, lawmakers should understand many people who are released are likely to reoffend. “It’s important to look at their entire criminal career to understand what kind of offender they are,” DeLisi said.

In a recently published study, DeLisi and other researchers examined data for young offenders in California. “What we found was that (their) prior offending history very strongly predicted what (they’re) in confinement for now,” DeLisi said. “So, I just urge lawmakers to consider offenders’ entire criminal history before making decisions.”

According to DeLisi, the behavioral histories of many offenders do not support their release from prison. For example, he notes the prevalence of psychopathy in the general U.S. population is only around one percent. It’s much different in prisons. “If you look at prison populations, the common estimate is that one in four inmates is clinically psychopathic. If you look at prisoners for the most severe and violent forms of crimes, the prevalence of psychopathy is even higher,” DeLisi said.

Just five years ago, DeLisi testified before the U.S. Senate Judiciary Committee that cutting prison sentences would put more offenders back on the streets and increase the crime rate. He’s now calling on Congress to give consideration to criminal history while weighing changes to sentencing guidelines.

Supporters of the “First Step Act,” approved by a vote of 87-12 in the Senate, say it’s designed to reduce sentences for some low-level, nonviolent offenders.