You are here: Home / Sports / Iowa State lineman is home for Alamo Bowl 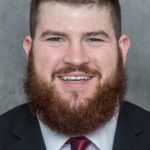 Iowa State reserve offensive lineman Will Windham will close his college career in his hometown when the 24th ranked Cyclones play 13th ranked Washington State in the Alamo Bowl. Windham grew up near San Antonio in the town of Schertz, Texas.

“It’s honestly great and I could not think of anything better”, said Windham. “There are not many people who get to end their career as a college athlete in their hometown so this is really special to me.”

Windham was a standout at Clemens High School and says he chose Iowa State in part because of an academic opportunity.

“I knew I wanted to do engineering”, added Windham. “I would like to have styed in Texas but it was a great fit for me. It just happened to be 16 hours away. ”

Windham says he will have more than two dozen family and friends at Friday’s game.