You are here: Home / News / State checks inflatable rides once a year, then its up to operators 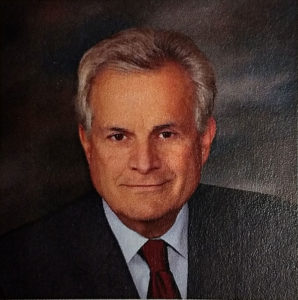 The commissioner of the State Labor Division says inspections of inflatables has become a big part of the annual checks they do on amusement rides in the state.

Commissioner Michael Mauro says they see inflatables all across the state.  “They’re at the county fairs, they’re at churches, just every place. You know they are inflatable devices and the kids go down the sliding boards,” according toe Mauro. He says they did 3,227 inspections of amusement rides in the last fiscal year, including the inflatables.

“We do a first inspection, annual inspection, one time only as far as the blowers, the tie downs, so that when kids go out and play on these things, that it is a safe environment,” Mauro says. There have been some cases in recent years in other states where the inflatables have been blown away in storms. Mauro says there are rules the operators in Iowa have to follow.

“There are certain restrictions about using them in wind, a certain amount of wind over a wind velocity they are not supposed to be used. You’ve got to watch every aspect of that,” Mauro says. He is concerned that his office doesn’t have the time to follow up after they do an inspection.

“We go out there one time because we don’t have the staff, they move from week to week to week,” Mauro says. “Once we meet with the vendor, we go through the rules and regulations with them. We make sure they have all the tie downs in place — and then from there the next time they go out they are going to go through that some process again — but they are on their own.” Mauro says his office only inspects the inflatables that are part of a professional operation.

“We have nothing to do with what the people do in their yards. We are about safety in the workplace and safety at these places for individuals, but not for personal use. Personal use, you can do anything you want to do,” Mauro explains. Mauro says the on-site inspections they do can include up to 50 or 60 rides and inflatables.