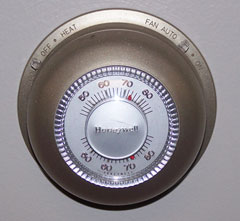 The coldest conditions yet this season are arriving in the state and Iowans are being reminded to play it safe as they seek ways to stay warm.

Sioux City Fire Rescue Lieutenant Joe Rodriquez says space heaters are popular at this time of year, but they should be used with plenty of caution. “The important thing is to try not to sleep with them on,” Rodriquez says. “They’re just meant for temporary heat in a small space, but you want to make sure you’re awake when these things are on.” And you should keep items at least three feet away from space heaters, he says, to keep them from catching on fire.

Today’s modern space heaters are much safer than older models, but still must be used properly. “New space heaters now shut off instantly if they’re tilted or moved around. Old space heaters stay on when they’re knocked over,” Rodriquez warns.

Iowans with gas furnaces and fireplaces should be aware of the threat of carbon monoxide in their home. “Everyone should have a carbon monoxide detector near your sleeping area,” Rodriquez says.

There are combination smoke alarm and carbon monoxide detectors – Rodriquez says they should be tested monthly to make sure the batteries are working.