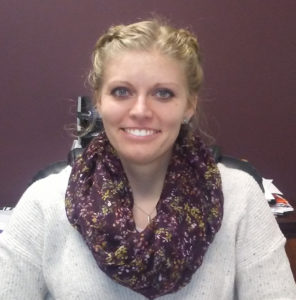 A volunteer firefighter from Lawton was the first person on the scene after a small plane crashed in a Sioux Falls, South Dakota neighborhood Thursday.

Amy Niewohner was visiting relatives two houses away when the small plane hit the ground and burst into flames. “It was like very movie show plane crash you’ve ever seen — it was the big whir of the engine and a large crash — it shook the entire house. My first instinct was a motorcycle or car had crashed and blown up. So we rushed to the door, and as we were peering out the door we could see a plume of smoke coming out of the house,” Niewohner says.

Her firefighter instincts kicked in and she went to the scene of the crash. “There is debris everywhere, junks of flaming debris, parts of it were up in a tree on fire,” Niewohner says. “I ran up to the back fence to see if there was anybody out, if anything could be done, but there were too many flames. Immediately, everything was engulfed.”

Niewohner was worried the people in nearby homes might be injured. She says she went and pounded on the door of the house that was hit and a neighbor came up and said they were not home. There was no one in the other house either. Niewohner says it is something she will never forget.

“It was one of the most surreal things I have ever experienced. I mean that’s one thing you hope you never witness,” according to Niewohner. “We were so, so fortunate, as were all the other neighboring families… somebody was watching over that entire neighborhood.”