You are here: Home / News / Some Iowans seeing impact of federal government shutdown

The partial federal government shutdown is impacting Iowans from farmers to college researchers.

While Farm Service Agency offices were initially open during the shutdown, they’re now closed in every Iowa county, cutting off some farmers from programs and payments. North-central Iowa farmer Brent Renner says he got his payment related to losses from the 2018 trade war, but other farmers were left waiting. Renner says the FSA runs all sorts of loan and payment programs.

“There’s probably somewhere in the nation that has a different program that I have no clue of that is critical at this time of year that is affecting somebody directly that I’m not aware of,” Renner says, “but I would say, for most of us in Iowa, we’re not freaking out yet.” Renner, who farms in Klemme, filled out his paperwork for the Market Facilitation Program and says he received his check after the shutdown began but before year’s end. The original deadline was in January and he says some farmers had reason to wait.

“There are some that were not wanting their money, for taxes purposes possibly, until after the first of the year, so they didn’t go in to turn in their production, not knowing that this situation might occur, the furlough or the closed offices,” Renner says. “That production is unable to be calculated and the payments are unable to be made.”

Renner says there’s now no one to process applications or cut checks. He says farmers in his area remain hopeful the shutdown will be resolved soon, before anyone’s situation becomes dire. 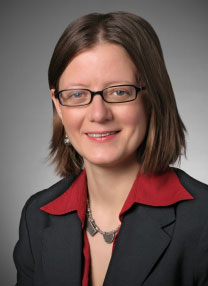 Meanwhile, faculty members and researchers at Iowa’s colleges and universities who planned to apply for federal grants and fellowships are seeing those options vanish. Amy Erica Smith, a political science professor at Iowa State University, expected to be spending time this month reviewing graduate student applications for a National Science Foundation fellowship.

Smith says, “Right when the government went into shutdown, we got an email saying, ‘The government is officially in shutdown, the online system is off, stay put for further notice. We’ll let you know when it would be a good time to come back in and start reviewing applications’.” Smith says the government closure takes some extra work off her plate, so it’s not a hardship for her.

“It’s only too bad from the perspective of the graduate students who will hopefully still have an opportunity to receive this fellowship, but certainly the decision is going to be delayed,” Smith says, “and there will be chaos when everything comes back online.” While the disruption means Smith has less work at the moment, it could also mean a tighter deadline later.

(Thanks to Amy Mayer, Iowa Public Radio/Photo courtesy of ISU)