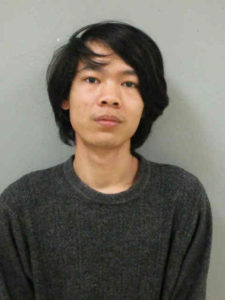 A West Union man was arrested Monday on child sexual exploitation charges. Adam Nakluan Milambiling, 25, could face up to 30 years in prison if convicted of the six felony counts he’s facing.

According to the Fayette County Sheriff’s office, Milambiling’s arrest follows an investigation that started on November 30 when deputies received a tip about a man in West Union suspected of “soliciting minors” and who was in possession of “pornographic media of minors.”

Anyone who had contact with Milambiling — who possibly used the name “Sara Lee” online — is encouraged to contact the Fayette County Sheriff’s office at (563) 422-6067.