You are here: Home / News / Study finds more people packing vans to move out of Iowa than move in 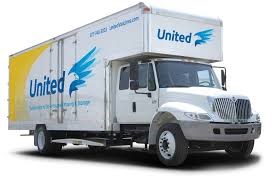 Iowa lost population last year, according to a study from United Van Lines.

The moving company says it handled more moves for people leaving Iowa, than those moving in, making it 8th of the 50 states for having the most “out-bound” moves.

Michael Stoll, a professor of public policy at UCLA, studies the data for United. Stoll says many of the people who left Iowa are young, between the ages of 25 and 44.

“They’re more moderate income individuals making somewhere between $40,000 and $75,000 a year,” Stoll says. “What that says is, there’s an economic reason for people leaving Iowa that may have to do with professional aspirations or opportunities that they could achieve elsewhere.”

Iowa’s population loss is no surprise as many people leave this part of the country every year and head generally south.

Stoll says, “This is part of a longer overall migration trend that’s been occurring in the United States over the last 20 or 30 years, where you have people leaving the Midwest (and going) to the Southern and Western or Southwestern states for a variety of reasons, including changes in the economy, demographic change as well as people migrating to more warmer climates.”

The number-one reason people give for moving is job-related, but other factors play a role, including family, housing costs and taxes.