You are here: Home / Agriculture / Wanna-be hemp growers are delayed by government shutdown 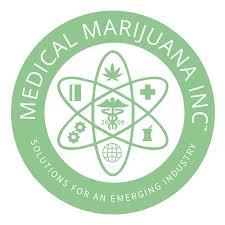 Iowa farmers who are interested in growing hemp won’t be able to get the ball rolling until the partial federal government shutdown ends.

President Trump signed the Farm Bill into law last month, which included the Hemp Farming Act. It removed the plant from the Controlled Substances Act and made it legal to grow the plant.

“I’m very excited about hemp being a rival for corn, wheat, soybeans,” Titus says. “Certainly a hemp futures market should develop very soon on the Chicago Board of Trade.”

Farmers who want to grow hemp have to first fill out some paperwork for the USDA and pass an FBI background check, both of which are on hold due to the government shutdown.

“We believe a lot of farmers are very interested to help fallow lands or use hemp as a rotational crop as it really seems to add nutrients back to the soil,” Titus says. “Certainly, with the number of industrial uses, a farmer can get two or three or even four potential income streams from one crop.”

Hemp can be used in all sorts of products, from clothing to rope and from paper to building materials. The crop may be a favorable option for many farmers who’ve experienced losses in recent months due to poor commodity prices and trade issues. Titus notes it’s very unfortunate potential hemp growers in Iowa can’t immediately pursue the practice as plans need to be made for the planting season.

“With the shutdown of the government, this is not exactly helping matters for the farmers,” Titus says. “Hopefully, this will just be a very quick, little, temporary glitch in the road and we’ll be back to standard practices before too long here.”

When the Iowa legislative session opens next week, lawmakers may consider new regulations on hemp production. Hemp does -not- contain THC, the chemical in marijuana that causes a high, however, hemp can be used to make cannabidiol or CBD, which is used to treat several medical conditions.

Current Iowa law only allows for CBD to be made by state-licensed producers and not through industrial hemp.