You are here: Home / Agriculture / Without any surprises, March 4th will be opening day for new Prestage plant 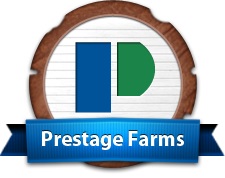 After nearly three years of planning and construction, an opening date is now set for the $240-million Prestage Farms pork processing plant in north-central Iowa.

Ron Prestage is CEO of the North Carolina-based company which is opening its newest facility near Eagle Grove.

“It’s been a long journey to try to get to this point and now we’re just doing some final phases and a lot of cleaning and testing and organizing,” Prestage says. “We’re looking forward to getting it completed.”

After many months of construction work on the large facility, the last duties before opening are being checked off the list.

“Most of what’s being done is testing all the IT stuff, the computers and trying to coordinate the way all the equipment works and checking out motors,” Prestage says. “You have to do a phenomenal amount of cleaning before you do final installation of conveyor belts, for example.” Otherwise, he says, grit and dust could cause problems down the line.

Progress is far enough along that a date is being set to open the facility.

“We’re pretty comfortable right now that unless we get any unexpected surprises or whatever, that we’ll be ready to start the actual operations in the plant probably the first week of March,” Prestage says.

A tentative start date is set for March 4th, though Prestage says they may only process one or two loads of hogs that day as everyone and everything is tested out.

“March 2nd is when we’re planning on having a kind of open house and inviting local people, local politicians,” Prestage says, “the governor had expressed an interest in coming by, letting everybody get a tour all the way through the facility.”

When the plant opens in March, there will be at least 300 to 400 workers employed at the facility. Its total workforce is expected to reach 922 by late this spring. The 922 workers is for the first shift only. It may be a year or two before it’s determined whether a second shift will be added.

Eventually, the plant will slaughter 10,000 hogs per day, with half of those hogs coming from Prestage’s own barns. The other half will come from independent producers.