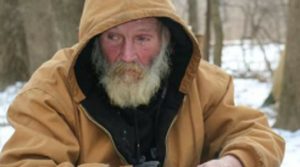 Des Moines Police say a man found dead in a homeless camp may be the victim of a hit-and-run crash.

The body of 69-year-old Charles Michael Childs was discovered in a wooded area on the city’s northeast side Thursday morning. Investigators believe Childs may’ve died earlier this week when he was hit a by a vehicle.

Des Moines Police think the unreported hit-and-run happened late Tuesday afternoon a short distance away from where Childs’ body was found on Thursday.