You are here: Home / Crime / Courts / Woman accused of sex with ‘ward of state’ sentenced to prison 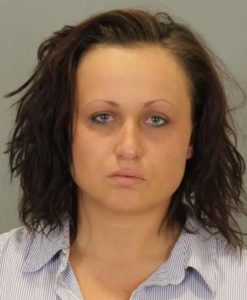 A western Iowa woman was sentenced to two years in prison for sexually abusing a ward of the state.

According to court records, 24-year-old Hanna Dickerson of Neola pleaded guilty to attempted sexual abuse of a protected person and was sentenced Tuesday.  Last January, Dickerson was arrested for first-degree sexual assault after a 17-year-old male alleged he and Dickerson had sex multiple times.

The male was living at Child Saving Institute in Omaha, where Dickerson was employed. Dickerson’s job at the institute was to supervise minors who were wards of the state, sometimes overnight.