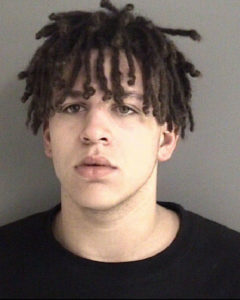 Ames police have issued an attempted murder warrant for a teenager in the shooting of a woman Saturday.

Police say they are seeking 18-year-old Rodney Halterman on an attempted murder warrant in the shooting of 19-year-old Ieisha Jabbar of Ames. Police say Halterman does not have a known address. Jabbar was brought to the hospital for treatment of a gunshot wound Saturday afternoon, and was released Sunday. A witness told police Halterman shot Jabbar in the chest. Police have not released any other details on the shooting.

Anyone with information on the shooting is asked to call the Ames Police Department at 239-5133 or the anonymous tip line 239-5533. You may also contact Crime Stoppers of Central Iowa at 515-223-1400. Online anonymous tips may be submitted to www.crimestoppersofcentraliowa.com or text a tip, Text “PCCS” plus your message to 274637 (CRIMES).