You are here: Home / Fires/Accidents/Disasters / Condition of Clinton firefighter injured in explosion is improving 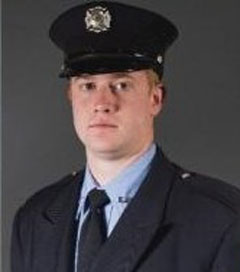 A firefighter who was badly injured in a grain silo explosion in Clinton is improving.

Twenty-three-year-old Adam Cain remains in critical condition, but officials say he’s now breathing on his own after a ventilator was taken out Wednesday.

The fire and explosion at the ADM plant in Clinton on January 5th killed another firefighter, Lieutenant Eric Hosette.

The cause of the fire and blast remain under investigation.