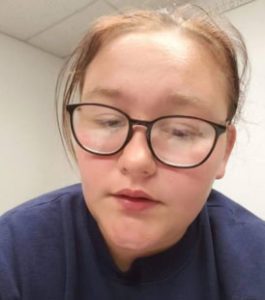 A central Iowa teen reported missing earlier this week has been found unharmed in southern Texas.

Marion County Sheriff Jason Sandholdt says his department and state investigators joined in the search for Liberty Boley at the request of the Melcher Police Department. Boley was reported missing Monday, and Sandholdt says the leads took them to Texas. “Once we kind of narrowed the search area to a few different cities and towns in southern Texas, we were able to get the assistance of those local agencies,” Sandholdt says.

He says the Texas investigators were very helpful, and they ended up with the result they wanted. “She’s safe, she’s in the custody of Texas officials, and we are going to be bringing her back to Iowa,” Sandholdt says. They are not released which town Boley is in. Marion County Attorney Ed Bull, says it is too early to say if there will be any charges filed.

“Not at this time. First and foremost our priority was to find Libby and to bring her back to Iowa,” Bull says. “Law enforcement did that, and they did that very well.” He says they will now move forward and piece together exactly what happened.

The next stage of the investigation is to determine who were the primary actors and what their actions were — and where did their actions take place at. And that will take time all the information that we need to know,” Bull says. He says that information on who was involved and where will allow them to look at each state’s laws and determine what legal action must be taken.

Boley is a freshman at Melcher-Dallas High School. They had asked for the pubic’s help in finding the girl — saying she was in danger because she has medical conditions that require regimented medication that she may not have had.

(Photo provided by the Iowa Department of Public Safety)