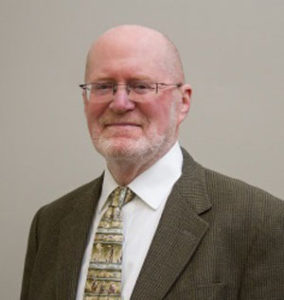 Three Iowa mayors are in Washington D.C. for the 87th annual U.S. Conference of Mayors, which is drawing more than 250 mayors from across the country.

Joining the mayors of Des Moines and Waterloo, Iowa City Mayor Jim Throgmorton says while they’re all city employees, actions involving federal employees have everyone concerned, with the partial federal government shutdown in its 33rd day. Mayor Throgmorton says, “The responses I’ve heard from some other mayors was basically about the trickle-down effects, if the shutdown continues, that it could basically lead to a recession, a downturn in the economy, that kind of thing.”

Some 800,000 federal employees are either furloughed or they’re being forced to work without pay. Throgmorton wasn’t sure how many federal workers are directly impacted in Iowa City, home to the University of Iowa, but he says there’s definite worry over the effects. “Certain kinds of housing programs that we offer, like Section 8 housing, there could be an interruption associated with that,” Throgmorton says. “There could be all sorts of spillover effects like researchers at the university could see grants not filled and money not forthcoming. There are lots of possible effects, for sure.”

The three-day conference runs through Friday. It brings together a large, bi-partisan group of mayors for lectures and workshops on a range of topics, including one this year on new challenges and solutions to help the homeless. “I’m sure you know we’ve had an extended discussion about homelessness in Iowa City. It’s gotten a lot of news coverage. I’m looking forward to hearing what people can tell me about that,” the mayor says. “There’s also a session about solving the climate change crisis. I’m very interested in that.”

Iowa City leaders were criticized for installing benches downtown that some say were “hostile” toward the homeless because they had center armrests, preventing people from laying on them. The city council this week agreed to spend $10,000 to replace 14 of the benches in Pedestrian Mall.