You are here: Home / News / Information released on investigation of Denison city employees 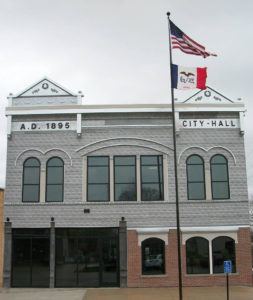 Information was released this week on the investigation into the actions of three Denison city employees who were placed on administrative leave in December.

The city manager, city clerk and fire chief were reinstated while the investigation continued, but the city said it was personnel issue and no public information was released. Attorney James Gilliam gave the city council an update and revealed the investigation reviewed how the three employees handled various budget and personnel actions.

“I did not find any evidence that any of the administrative decisions I review as part of my investigation were a product of bad faith, personal profit or constituted criminal conduct. Instead the decisions were made in what that the administrators believe were in the best interest of the city,” Gilliam says. Gilliam says that a portion of the problems resulted from a change enacted in 2012 when the current city manager took his position and a portion of his duties were assigned to the city clerk position. He says the changes led to a less active management style by the council.

Gilliam presented several recommendations on how the council and administration could improve their working relationship and the way the city conducts its business. The council accepted the report and concluded the investigation. No further action was taken, but the council will be able to ask written question of Gilliam to obtain information on specific items in his full report before a special city council meeting is likely to be scheduled.

That council meeting could include an endorsement of the council to maintain the current staff. No other action was taken.