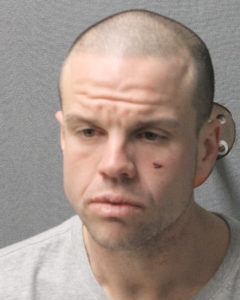 Sioux City Police have charged a man with arson in connection with the death of a Hinton woman Thursday night.

Detective Nick Thompson says 40-year-old Elizabeth Bockholt died at a hospital after being found in a hotel room where there was a fire. “We learned the fire was intentionally set by an individual identified as Jordan Henry, age 29, of Sioux City,” Thompson said at a Friday afternoon news conference.

Police and firefighters were sent to the Wingate Hotel, at 4716 Southern Hills Drive, just before 9:30 p.m. Thursday on the report of smoke coming from a room. Bockholt was found inside.

Henry, the suspect in the case, was arrested around 2:45 a.m. Friday. Thompson said Henry had been staying at warming shelter. He’s now in the Woodbury County Jail on charges of first-degree arson, possession of drug paraphernalia, and trespassing.

Thompson did not say how Henry may have known Bockholt, who was the mother to four children, or why Bockholt was staying at the hotel. An autopsy is planned to determine the cause of her death.