You are here: Home / News / Bergen relieved Iowa House vote on his race is over 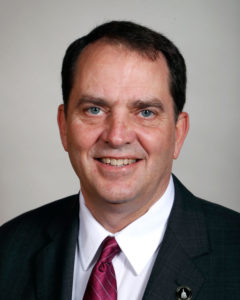 A northeast Iowan is expressing relief after he was officially seated as a member of the Iowa House last night. Representative Michael Bergen’s fellow Republicans voted to dismiss a challenge that called for counting 29 unopened ballots that could have turned his nine-vote margin of victory into defeat.

“Certainly my initial reaction is relief,” Bergen says. “It gives me an opportunity, now, to focus on the work in the legislature — working on the budget, working on policy bills.”

Kayla Koether of Decorah, the Democrat who ran against Bergen in last year’s General Election, asked the House to order 29 ballots be opened since the Post Office determined they were mailed by the deadline. Bergen did not vote or speak during last night’s debate on the issue. Other Republicans argued the ballots lacked a special tracking number to prove when they were mailed.

“I believe that the action just confirms that the county auditor followed the law, performed their duties correctly in the process to get a result,” Bergen says. “And there was a reluctance to change the rules of the process in the middle of this contest.”

A bar code sprayed on the 29 ballots showed the absentee votes were mailed BEFORE election day and Democrats say those voters are being disenfranchised. It’s possible Koether and some of those voters may file a lawsuit.

Bergen expects a “comprehensive” election-related bill to emerge in the House and county auditors are asking lawmakers to scrap the idea of a postmark deadline and, instead, require absentee ballots to be at the county auditor’s office the day before the Election.

“That position’s probably got the broadest support at this point in time and we’ll need to get into discussions. There’s pluses and minuses,” Bergen says. “My understanding is 35 states have a sure-date deadline and so that is predominant across the nation.”

Bergen, a former member of the Winneshiek County Board of Supervisors, is an accountant from Dorchester.  He made his comments this morning during an interview on KDEC Radio.