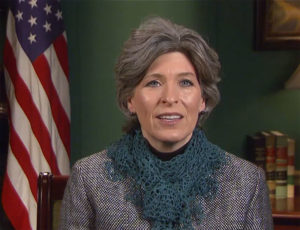 “Sarah, who was 21 years old at the time. Was struck and killed on the night of her graduation by an illegal immigrant who was drag racing and driving drunk, three times over the legal limit,” Ernst says. The man who struck and killed Root in Omaha was not detained by ICE and fled the country.

“In honor of Sarah and her family’s strength, today I am reintroducing my bill ‘Sarah’s law,’ to allow law enforcement to detain illegal immigrants who are criminally charged with killing or seriously injuring others,” Ernst says. Ernst, a Republican from Red Oak, says Root’s story should not be forgotten. “We have an obligation to the Root family and to the American people to ensure that no person falls victim to this injustice again,” according to Ernst. “That’s why I’ll be working hard in the Judiciary Committee, and on the Senate floor to advance this important bill.” 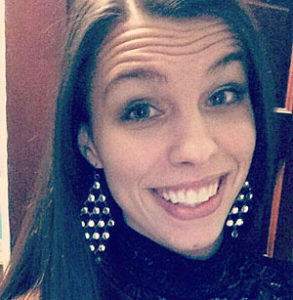 Ernst says this issue is somewhat connected to the current stalemate over the building of a border wall and the budget — but not directly linked.
“While I don’t see that this would likely be moved as part of a package, I do think it has to be part of the discussion moving forward. What I believe in is legal immigration. I believe we have to have legal immigration,” Ernst says. She says Sarah’s Law is part of the whole issue that includes ensuring we don’t have “open and porous” borders.

“So, I do believe that we have to honor the American people by making sure our nation is secure,” Ernst says, “and that includes many different paths forward. And the president has been very clear about having our border protected by a physical barrier. He’s also stated that we need technology and we need additional border patrol agents. So, all of that has to be part of a package.” Ernst says there also needs to be a path forward for those who are here illegally not of their own free will.

Iowa Senator Chuck Grassley joined Ernst, along with Nebraska Senators Deb Fischer and Ben Sasse, in reintroducing the legislation in honor of Sarah.