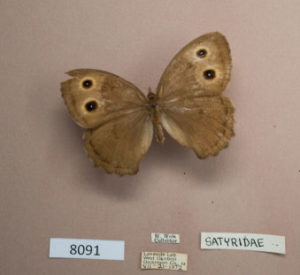 One of the pieces of the Lakeside Lab collection.

An Iowa State University science professor has launched a citizen science project — looking for people to help her catalog thousands of species in a collection at northwest Iowa’s lakeside lab.

Lori Biederman is looking for people to help transcribe thousands of labels that belong to plant and animal specimens that will then be put in a database accessible to people around the world.  She says the lab has been around for more than 100 years and in that time professors and students and researchers would collect organisms and bring them back and label them.

Biederman discovered the specimens at the West Lake Okoboki lab, and wants to be sure they are properly cataloged. “We’re putting them on this Zooniverse.org interface and we need citizen scientists to take that information of the label and help us build a database — so we know what is in the collection,” she explains. Biederman says Iowa has lost a lot of biodiversity over the years. Many of the specimens are from the late 1800s or early 1900s and clue us into the past. “This is a way to get a measure of what was here before humans really started cultivating wide scale, or building cities, taking over the lake,” according to Biederman. 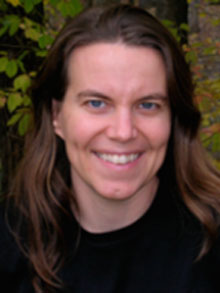 She says the database will help people learn more about diverse species whose populations have declined over time. “You may not see an indigo bunting anymore in your daily life but you could see this was an indigo bunting and it was caught in Iowa. It’s an Iowa thing,” according to Biederman.  She says the process is “super simple.” “You just create an account and then log into our project and you just have to answer the questions. They are really simple, like ‘who collected this, what was the date on the label,” that sort of thing,” according to Biederman. She is also having some of her students do some label transcribing.

The citizen science initiative has already attracted nearly 300 volunteers. Biederman found close to seven thousand preserved specimens of birds, mammals and plants at the lab in the Iowa Great Lakes area. She learned many of the records cataloging the specimens had been lost or never existed in the first place.