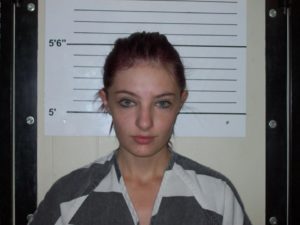 Twenty-one-year-old Cheyanne Harris, of Alta Vista, had been found guilty in the 2017 death of her infant son.

Harris’s sentencing is tentatively scheduled for February 19th. Authorities found her four-month-old son, Sterling Koehn, dead in a swing seat in a bedroom on August 30, 2017. Sterling’s father, Zachary, was found guilty of first-degree murder in the fall.