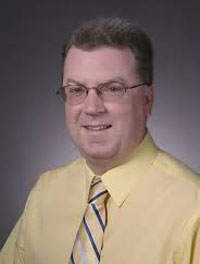 Iowa State University recently completed an economic research study of the effects of the on-going tariffs placed on American trade.

The impacts of the trade tariffs certainly have hurt agriculture, but Iowa State University Agricultural Economist, Chad Hart says the dispute with China probably cost between one and two billion dollars in our overall state economy.  “Ag took a major part of that cut, but we weren’t the only sector of the Iowa economy that was hurt by this,” Hart says, “a lot of our manufacturing faced additional costs because of this. Like I say, here, you’re talking about probably when I think of our percentage basis, it’s about a half a percent hit to the overall state economy.”

Hart says Iowa’s soybean and pork industries suffered the largest hits, but he adds other commodities, such as the beef industry and the corn industry also suffered when the entire trade industry slowed down. Hart says prices are still lower as a result of the trade tariffs. However, he says many commodity prices have started to rebound slightly since when the trade tariffs were initially announced.

Hart says soybean prices had dropped nearly 20% — but they’re now down about 12 to 14%. “Pork…same sort of deal. They were down 15 to 20 (percent)…now, actually in some markets, we’re back to where we were pre-tariff. Because we have seen some additional sales to other countries, to offset the loss in China,” Hart says. The agricultural economist says both the U.S. and China are still seeing economic growth — although it has slowed down considerably.

He says what we need to watch is how the trade tariffs are affecting other nations. “In fact, one of the biggest concerns that we have out there as we look right now is that the global economy is really slowing down because of this trade dispute, and could possibly teeter into recession, especially as we look out in the future, if it last into 2020,” according to Hart. Hart says he expects to see commodity prices continue to show slight improvement through the spring months.