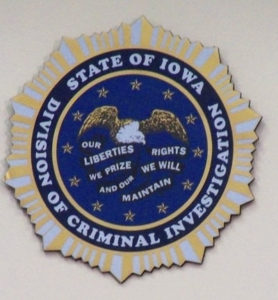 A Fairfield police officer is accused of taking drugs from a local animal clinic.

The Veterinary Clinic in Fairfield found a shortage of a narcotic during an inventory in November and contacted the police department. DCI special agent in charge Richard Rahn says the Fairfield police chief asked the state agency to investigate.  Rahan says it’s not uncommon for a local agency to call the DCI when there could be a concern about a conflict of interest and they want an independent investigation.

Rahn says their investigation led to 31-year-old officer Ryan Mills entering the clinic January 1st while on duty. “He was observed going in and soon afterwards he was interviewed and subsequently provided us the opportunity to go and conduct a search and evidence related to the burglary itself was seized,” according to agent Rahn.

Mills had been placed on administrative leave after he was discovered at the clinic. He now has been charged with a felony count of second-degree burglary.

The DCI is not releasing other details on the case at this time.