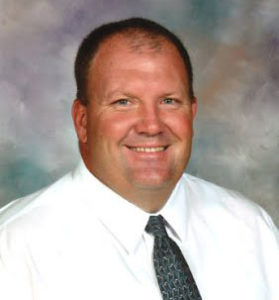 A western Iowa school principal recently returned from a mission trip where he helped rebuild a school damaged by Hurricane Maria in 2017 and now he’s sharing the experience with his students.

Principal Chad Shook of Lawton-Bronson Elementary in Woodbury County spent a week in Juncos, Puerto Rico last month. Shook says one of his biggest takeaways is how much the students in Iowa have compared to the students in Puerto Rico.  “They don’t have a very fancy school,” Shook says. “They don’t have very many fancy things but yet, I think their kids are every bit as happy as ours. I think that just goes to show that no matter where you’re at and no matter what conditions kids are under, kids are kids.”

Shook helped build a concrete wall around a K-thru-9 school and assembled some donated playground equipment. Shook says one of the most striking differences between his school and the school in Juncos is the technology. Lawton-Bronson Elementary has laptops available for every student while the Puerto Rican students have -no- computers in the classrooms.

“There were teachers that had computers, but it was just one laptop that I saw,” Shook says. “They would project it on the board, but they didn’t even have a screen to project it on. They just projected it on the chalkboard.” Shook shared his experience with students over social media and plans to give a presentation to the school’s student body on Friday.

Shook joined more than 20 educators from across the country on the trip, including the Iowa PTA secretary.