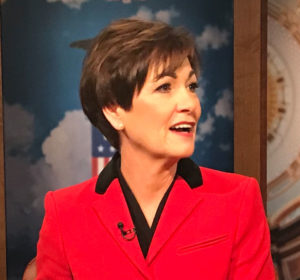 Governor Kim Reynolds will serve on a newly-created American Workforce Advisory Board alongside Apple’s CEO and Ivanka Trump.

Secretary of Commerce Wilbur Ross will lead the 25-member group, which President Trump created by executive order. Trump is asking the board to come up with strategies to “revamp the American workforce” to meet 21st century challenges. The president’s daughter, Ivanka Trump, says the goal is to help Americans navigate the economic disruptions new technology is creating.

Iowa’s governor and the governor of Indiana are the two state officials on the board, alongside the CEOs of Walmart, Home Depot, Visa and IBM as well as Apple’s Tim Cook.