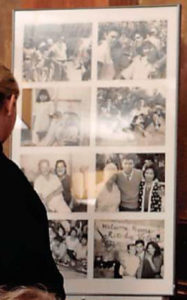 Valens family photos which were stolen.

Heirlooms from the family of a fallen rock-n-roll star that were stolen during the Winter Dance Party in Clear Lake earlier this month — were found early Thursday.

The Clear Lake Police Department recovered the two framed family photos of Ritchie Valens and the framed movie poster that were reportedly stolen from the Best Western Motor Lodge back on February 2nd. The items were recovered in good condition.

If anyone has any information on the items whereabouts over the last 12 days, they are asked to contact the Clear Lake Police Department at 641-357-2186 or [email protected] The case remains under investigation and no further information is being released at this time.