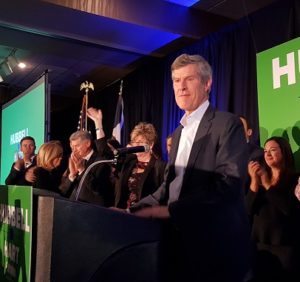 Fred Hubbell, the Iowa Democratic Party’s nominee for governor last year, is recovering from serious but not life-threatening injuries after he was struck by a vehicle while riding his bike.

Hubbell’s 2018 opponent, Governor Kim Reynolds, has tweeted her “deepest best wishes” to Hubbell and his family as he recovers from what she calls  “a tragic accident.”