You are here: Home / News / How do schools make up days missed for winter weather? 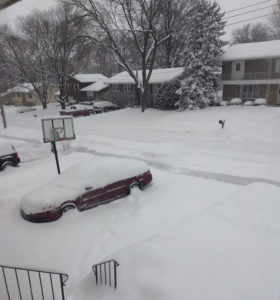 Continued snowfall has led to many school districts missing days.

The leader of the Iowa Department of Education has been getting a lot of calls and questions as the number of school days canceled by winter weather continues to mount.

School districts had to tack missed days onto the end of the school year or cut short spring break to make up missed days before the hour option was added with a change in state law 2014. Wise says it’s become the calendar of choice.

“I believe about 95 percent of districts have an hours calendar and so, that allows them the flexibility to do creative things like add additional minutes on to the end of the day. So, they lengthen their school day for a set period of time for the remainder of the year,” Wise explains.

Each district makes its own decision on when the weather is too bad to hold classes. “It is absolutely one of the toughest decisions that our superintendents have to make,” Wise says, “and I don’t envy them at all in having to make that call.” He says the superintendents do a good job of making those decisions based on the what’s best for the safety of the students and school employees.