You are here: Home / Outdoors / Sales of fishing licenses dropped slightly in 2018 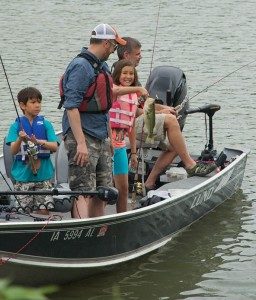 A spokesman for the Iowa DNR, Mick Klemesrude says the sale of fishing licenses was down a bit in 2018.

“I think if you look back we had kind of a really strange spring where I think we had snow all the way into middle April,” Klemesrude says. “And when you have some of those crazy fluctuations in temperatures we tend to not see some of the license sales that you would have if you have a nice, steady spring.”

“We tried to do it as way where we don’t have sticker shock. We tried to keep all of those below a 20-percent increase,” according to Klemesrude. “We think Iowans will absorb that cost and keep going out there and enjoying everything.” He says it has been 15 or more years since they raised the prices and most anglers and hunters supported the increase — because they know it will help them. “Our hunting and fishing areas are supported by license fees and the people who purchase those licenses, so its a benefit that goes right back to the user,” Klemesrude says.