You are here: Home / News / City snow budgets getting eaten up rapidly 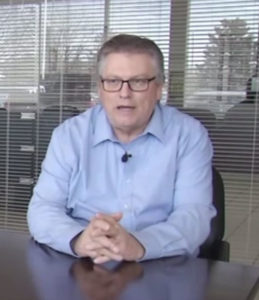 Another round of snow is predicted to hit Iowa and that cold white stuff is melting away snow removal budgets.

Dubuque Public Works Director John Klostermann tells KCRG TV9 the $1.5 snow and ice removal budget is getting low. “There’s about 29 percent remaining of that, so there’s about $400,000 remaining,” Klostermann says. The budget covers salt, equipment maintenance, employee overtime, fuel, and more. Klostermann there’s $90,000 in the budget for overtime, but they’ve already exceeded that by around $44,000.

He said his crews have been using a lot of salt, especially during the recent storm that included a lot of ice “The ice event was a big event for us, it was 48 hours, took a lot of salt to keep traffic moving. That was a big, costly event,” he says. Crew used some 700 tons of salt for the ice storm. The public works department uses about 61-hundred tons of salt each year, according to Klostermann.

If crews use more than that it could impact next year’s budget. “Fifty-five-hundred ton is what we budgeted for in fiscal year ’20, so let’s say we have to buy more than that, that starts to affect that budget and we’re back into where do we find the dollars to do that,” Klostermann explains. He says the city might have to take money from street maintenance to cover the difference. That means the city might not be able to repave as many roads as it would like to this spring.

Waterloo Public Works Director Randy Bennet says they have a snow and ice removal budget of $1.8. Bennet didn’t know how much the city has spent so far — and says his main concern is having enough salt to get through the winter. The city is contracted for 4,800 tons of salt and has used nearly four-thousand so far.