You are here: Home / Health / Medicine / Research at ISU shows how caffeine moves from mother to baby in womb 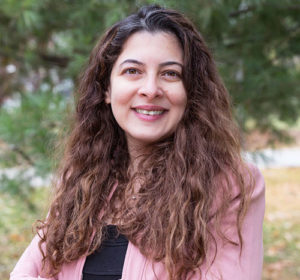 Engineers at Iowa State University have used “microfluidic” technology to create a model that can show them how compounds can be passed from a mother to a fetus through the placenta.

Project leader Nicole Hashemi says there weren’t many studies on the issue, so they started by creating a model of the temporary organ.  “One side represents the maternal side and the other side represents the fetus side. So, we can basically look at the transport of compounds from one side to the other side,” Hashemi says. The placenta develops inside a woman’s uterus during pregnancy and provides oxygen and nutrients to the fetus and removes waste from the fetal bloodstream through the umbilical cord.

Hashemi got concerned about how much caffeine her baby was getting when she was pregnant with her now five-year-old child. “I drink a lot of tea, so I wanted to see how much of it is transferred to the fetus,” she explains. She is an associate professor of mechanical engineering at ISU and says it took four years to get the details worked out.

After four years of work on the model, it will now allow them to look at the impact of other things, such as smoking and drinking.  Hashemi says they are starting with caffeine, but are excited to look at other things. There have been some studies in animal placentas, but they didn’t prove helpful in figuring out the process in people. “It really doesn’t translate to what is happening in humans, so it really isn’t representing what is happening in humans,” according to Hashemi.

Hashemi admits she understands the dynamics of the compounds moving through the membrane — but says she’s not an expert in the human body — and needs help with that part of the system. “I have already started collaborating with some people in medical school, so yeah, that would be our next step,” Hashemi says.

Future studies could include personalizing the technology and tuning the model with cells from a mother or fetus to help prescribe medicines or dosages.