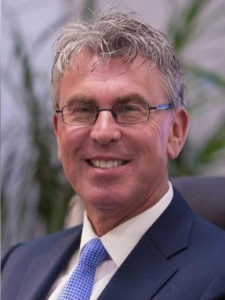 A new superintendent will take over the embattled Davenport Community Schools, a district which is under a state review for its finances and practices, and is threatened with losing its accreditation.

Bob Kobylski will start this summer, replacing Art Tate, who resigned last fall. Kobylski says his experience running two districts in Wisconsin will help him to steer Davenport in the right direction. He says he’s eager to solve some of the same problems his districts faced up north.

“Teams from my districts have been going around Wisconsin helping other schools work through their disproportionality issues, helping other schools close achievement gaps,” Kobylski says. “With that knowledge and expertice and our ability to share that with other school systems, I felt it would be a perfect fit for me to come into Davenport and share some of our ideas that worked for us.”

Kobylski is currently the superintendent of both Nicolet High School in Glendale, Wisconsin and its “feeder” district, Fox Point Bayside Grade School. Davenport’s Board of Education hired Kobylski last week. He calls himself an advocate for public education who’s willing to work to help change Iowa’s funding formula.

“It’s important that we build a guiding coalition of individuals who understand the consequences of the funding formula and how it’s effecting our school system and try to convince those that matter, those that vote, that there needs to be a new funding formula that’s fair and equitable not only from a district perspective but for each and every child,” he says. Kobylski will begin as Davenport’s superintendent on June 1st.

As part of the review, state education officials are interviewing Davenport’s teachers, principals, staff and parents in addition to going through financial records. Officials ordered the review after deciding local administrators weren’t moving fast enough to address multiple violations of federal law. An earlier audit found a disproportionate number of students of color in special education, and that the district disproportionately disciplined them.

Depending on the findings, state officials could uphold Davenport’s accreditation, grant conditional accreditation, or dissolve the district. One of Iowa’s largest school districts, Davenport has about 1,400 teachers and more than 15,000 students.