You are here: Home / Military / Report raises concern about water at Sioux City Air Guard base 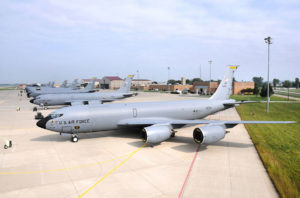 A U.S. military report finds high levels of groundwater contamination at the Iowa Air National Guard Base in Sioux City.

The chemicals are linked to firefighting foams and can increase the risk of some cancers and fertility issues. David Cwiertny leads the Center for Health Effects of Environmental Contamination at the University of Iowa and reviewed the report. Cwiertny says, “Those levels at the high end of what was found are notable because it will make cleanup more challenging and it will make it more likely that there are levels that we might need to be concerned about further away from those points and potentially off the base.”

It’s feared toxic PFAS chemicals could be migrating offsite. At one hot spot, PFAS in the groundwater tested at more than 100 times the health advisory set by the EPA. Cwiertny says more questions need to be answered. “As the report concluded, more testing, more work needs to be done to try to characterize the full extent of which chemicals are there, at what levels,” he says, “and then where they might be encountering vital resources like wells that might be used for private water supplies.”

According to the report, the base does not use the groundwater for drinking, but the chemicals are likely drifting offsite. An Iowa National Guard spokesman says more testing is needed to determine potential impacts to the community. The final report is due out in April.

(Thanks to Kate Payne, Iowa Public Radio/photo courtesy of the Iowa National Guard)