You are here: Home / Outdoors / Guard official concerned about potential groundwater contamination near Sioux City base 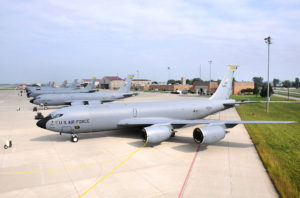 An Iowa Air National Guard official says the agency supports further testing for groundwater contamination at its base in Sioux City.

A preliminary U.S. military report shows high levels of toxic PFAS chemicals are present and may be spreading. Iowa Air Guard Brigadier General Shawn Ford says there are an estimated 189 private wells in the area.

General Ford says, “If they find out that there is contamination and the Air Force was a contributor to the contamination, then they will take steps to provide a suitable drinking source for those people on the wells.”

Ford says he’s concerned about potential community impacts and supports further testing on and off the base.

“We’re taking every step that we can and not hindering the process to make sure we can identify any problems that exist,” Ford says. “And our next steps from here on out are to just make sure that we’ve got the future testing is being accomplished and make sure that any problem areas are identified so they can get resolved.”

If any off-base contamination is found and linked to the military, Ford says the Air Force will provide alternatives, such as filtration systems or bottled water.

Those PFAS chemicals are linked to firefighting foams and can increase the risk of some cancers and fertility issues. The final report is due out in April.