You are here: Home / News / Shooting victim near Cedar Rapids school dies, no arrests made 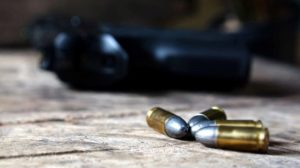 Harris was found suffering from a gunshot wound last Tuesday night in a car near Franklin Middle School.

Investigators recovered shell casings in an alley near the shooting scene.

They do not believe the shooting was a random act. No arrests have been made.

Anyone with information about the case is asked to contact the Cedar Rapids police or Linn County Crime Stoppers.