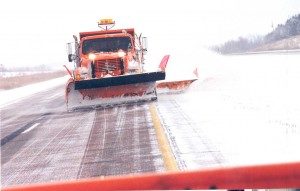 The Iowa DOT’s towing bans in northern Iowa to deal with vehicles abandoned during the blizzard were lifted early Monday evening. Interstate-35 was reopened to northbound traffic at 5 p.m. The southbound lanes between the Minnesota border and the Ames exit had reopened at noon Monday.

From midnight on Friday through mid-morning yesterday, the Iowa State Patrol responded to 145 crashes and helped more than a thousand stranded motorists.

“You hope motorists learn from this blizzard that we have here. And. most of all, if we say travel not advised, we mean it,” said Sergeant Nathan Ludwig, a spokesman for the Iowa State Patrol.