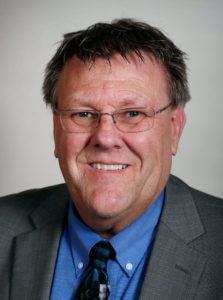 A plan to provide 22 million dollars in scholarships, paid internships and other incentives to students in the “STEM” fields of science, technology, engineering and math is under development at the statehouse. Republican Representative Brian Best of Glidden says in addition to helping students get four-year degrees, it will help finance short-term training programs, too.

“It’s just such a ‘no-brainer,'” Best says. “They can get a skill in one to two years, come out of a community college with very little debt and be making a good wage. That’s why I’m really excited about what ‘Future Ready Iowa’ does.”

The so-called “Future Ready” initiative is the top legislative priority of Republican Governor Kim Reynolds. While the outline for the initiative has been in place since last year, there’s been no funding to pass along to students. Representative Chris Hall, a Democrat from Sioux City, says both Democrats and Republicans recognize the state must spend more to address the workforce shortage.

“But we should also be doing so in a way that is just not rebranding programs or shuffling dollars that already exist and claiming victory by continuing something that’s already underway, but just marketing it differently,” Hall says.