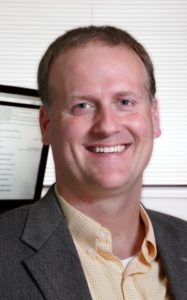 The National Weather Service predicts a higher risk of flooding in eastern Iowa this spring. As communities brace for rising water, researchers want them to also consider the social vulnerability of residents.

Craig Just is part of a University of Iowa team that developed online maps which overlay flood risks with demographic factors, ranging from unemployment rates to single-parent households.

“You can see, wow, there’s a high proportion of elderly people in this particular census tract,” Just says. “Half of the census tract is vulnerable to the 100-year flood, and you’d say, wow, we really need to get thinking about that in a different way.”

Just, a UI professor of civil and environmental engineering, says he hopes the maps help communities to reach residents who may need additional support before, during and after flood events.