You are here: Home / News / Senator Ernst praises President Trump for walking away from talks with North Korea 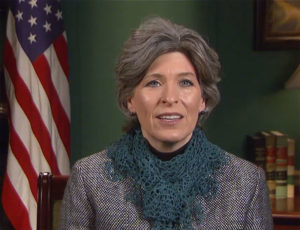 President Trump said yesterday that he believes North Korean Leader Kim Jung Un knew nothing about the treatment of American student Otto Warmbier, who died after being detained in North Korea.

Trump has also said he believes the crown prince of Saudi Arabia who claims to have nothing to do with the death and dismemberment of a Washington Post columnist.

Ernst was asked during a conference call with Iowa reporters if she’s concerned President Trump is siding with foreign dictators over U.S. Intelligence.

“The president has a unique negotiating strategy,” Ernst said. “I would say that part of that strategy is to gain the confidence of others. It’s not necessarily the strategy I would take.”

Ernst praised Trump for walking away from the this week’s talks when they failed to yield an agreement on North Korea’s nuclear intentions and the future of U.S. economic sanctions.