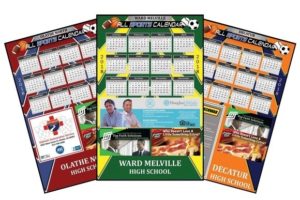 Businesses were sold ads on posters like these, but didn’t get them.

The lawsuit targets Alphonso Barnum of Davenport, his wife, his mother, and some limited liability corporations.

“We know of one example of a business owner in Illinois who had $50,000 taken from his business account,” Hicks says. “We have several other cases where people lost thousands of dollars.”

A lawsuit filed by the A.G.’s office back in December aimed to shut down Barnum’s businesses, but Hicks says the defendants continued cheating small businesses using different names, trying to avoid detection.