You are here: Home / Education / Three Apollo astronauts to appear at DMACC for Innovation Week 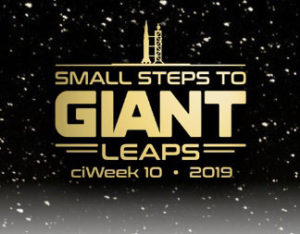 July will mark the 50th anniversary of what’s considered humankind’s greatest scientific achievement, landing a man on the moon.

To honor the landmark, Des Moines Area Community College is bringing in three Apollo astronauts to speak in a single panel this week. DMACC Provost Anthony Paustian says it’s an exceptionally rare treat to see these pioneers share one stage. “We have three Apollo astronauts, Walt Cunningham from Apollo 7, we have Al Worden from Apollo 15, and Fred Haise from Apollo 13,” Paustian says, “and we have Gerry Griffin, who was one of the three flight directors for Mission Control coming in.”

The astronauts are among 15 speakers who will be on DMACC’s West Des Moines campus as part of the 10th annual Celebrate Innovation Week. Among the entrepreneurs on the list is Jerry Greenfield, cofounder of Ben & Jerry’s Ice Cream. Paustian says, “Jerry and his friend and partner, Ben Cohen, took a $5 correspondence course through Penn State University many years ago on how to make ice cream and turned that small step into a giant leap when they sold Ben & Jerry’s Ice Cream to Unilever for $350-million.”

Other speakers include Roy Choi, a celebrity chef and the founder of the gourmet food truck movement; Danielle Feinberg, the director of photography and lighting at Pixar Animation Studios; and  Randi Zuckerberg, a former Facebook executive and CEO of Zuckerberg Media.

There will also be an appearance by Lynne Cox, a world record-setting endurance swimmer and best-selling author. “She has swam more difficult swims in the world than anybody else has, over 60 of them,” Paustian says. “She swam the Bering Strait from Alaska to Russia, she swam the English Channel twice, broke world records twice, faster than men swim it. She has swam around part of Antarctica just in a swimsuit and goggles. This is an amazing feat.”

The events run through Friday. All are free and open to the public. See the full list of speakers and the schedule at: https://www.dmacc.edu/ciweek/Pages/schedule.aspx