You are here: Home / Health / Medicine / DNR to test water supplies for manganese 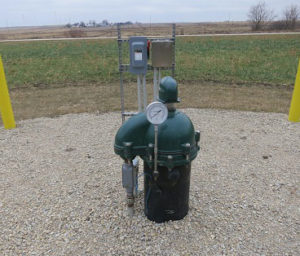 Iowa environmental officials plan to find out how many public water systems in the state are having problems with an element called manganese.

It naturally occurs in soil, water and even foods we eat like nuts, but too much of it is linked to nervous system disorders. Corey McCoid, with the Iowa Department of Natural Resources, says closer investigation is needed. McCoid says, “We’ll look at testing all the different water supplies across the state to determine what (levels) their manganese is in their source water.”

McCoid says the DNR is working out contracting with labs and does not have a set timeline for testing water systems. Federal guidelines recommend adults don’t drink the water if manganese levels are higher than one-milligram per liter, and levels are about a half-milligram per liter higher in the southwest Iowa city of Bagley. Since manganese levels in Bagley were only slightly above the recommended levels, state toxicologist Stuart Schmitz says it’s not raising any alarms.

“We would be more concerned about the exposure if you’re inhaling manganese, as in exposure to welding fumes in an occupational exposure,” Schmitz says. “That’s where the serious health impacts are more seen.” That includes health impacts like involuntary shaking and other effects to the nervous system. While the Environmental Protection Agency set the health advisory of one milligram per liter for manganese, Schmitz says he would be concerned about neurological health impacts if Bagley’s manganese levels were at two milligrams.