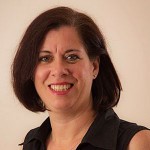 Advocates for Iowans with type 1 diabetes are in Washington D.C. this week, along with their counterparts from all 50 states, urging members of Congress to support continued research funding.

Mary Horn, with JDRF of Central Iowa, says they’re hoping to secure more dollars that will be dedicated to helping find a cure, as well as better ways to treat and prevent the auto-immune disease.

“The Special Diabetes Program currently expires at the end of this fiscal year,” Horn says. “It is a mechanism to provide funding for research through (the National Institutes of Health), specific to type 1 diabetes. That’s our top priority. We’ll also be talking about insulin affordability issues while we’re here.”

Since 1970, the non-profit has invested more than $2-billion into research, which Horn says has brought a host of innovations. Horn, who lives in West Des Moines, says her daughter was diagnosed with type 1 diabetes when she was six years old. She’s now 20 and is benefiting from the many years of research.

“For instance, she has a hybrid closed loop system, which is a continuous glucose monitor that checks her blood sugar on a regular basis,” Horn says. “It’s attached to her insulin pump. The two devices speak to each other and help to regulate her blood sugar so she can live a better quality of life.”

Access to insulin is a matter of life and death for diabetics, yet insulin costs have soared several hundred percent in recent years. Horn says even with her family’s good insurance, they’ve seen insulin prices bound.

“Our out-of-pocket has doubled over the past few years, however, I know people who pay well over $1,000 a month to get their insulin just to stay alive,” Horn says. “As you can imagine, for some people, that is not only exorbitant, but impossible.”

About 7% of Iowa’s population has type 1 diabetes, or about 1.2-million Americans. Horn says people with type 1 diabetes face almost three times the level of medical expenses compared to people without diabetes.

Known as JDRF, the former Juvenile Diabetes Research Foundation is the leading global organization funding research for type 1 diabetes, which strikes an equal number of children and adults.