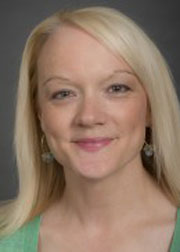 Cancer deaths and new cancer cases will rise statewide in the year ahead, according to predictions in the “2019 Cancer in Iowa” report being released by the State Health Registry of Iowa.

Mary Charlton, an epidemiology professor at the University of Iowa, says the increases were expected, for the most part, though it was hoped they would have further slowed. “We estimate there will be 18,100 new cancers diagnosed in Iowa this year, that’s up a few hundred from last year,” Charlton says. “We expect there will be about 6,400 cancer deaths among Iowans, which is up about a hundred from last year. About 3,000 will occur among females and 3,400 among males.”

Charlton says it’s encouraging the numbers aren’t increasing dramatically, but it’s also frustrating as the top cancer killers are the easiest to avoid. “Unfortunately, lung cancer continues to be the most common cause of cancer death for both males and females, accounting for one in every four cancer deaths in Iowa,” Charlton says. “That’s just not coming down at a rate that it has in previous years and that’s unfortunate because lung cancer is largely preventable.”

It’s known that tobacco use causes the vast majority of lung cancer cases, she says, along with Iowa’s radon prevalence. The most common cancers in Iowa are similar for both sexes, with one difference at the top. “The top cancers among females remain breast cancer, lung cancer and colorectal cancer, and then among males, prostate cancer, lung cancer and colorectal cancer,” Charlton says. “One cancer that is rising is melanoma. It continues to go up. It’s #5 for both females and males.”

Another rising cancer in Iowa is throat cancer, especially in men. Charlton emphasizes, Iowans have the ability to lower their risk levels by working to prevent two of the worst cancer killers, colorectal and lung. “Colorectal cancer through colonoscopy and screening, and lung cancer through tobacco prevention and being aware of radon levels in people’s homes,” Charlton says. “The more we can do to chip away at those major risk factors, I think we’ll finally start to see the cancer cases coming down in Iowa.”

The State Health Registry of Iowa, based at the University of Iowa College of Public Health, has been gathering cancer incidence and follow-up data for the state since 1973.